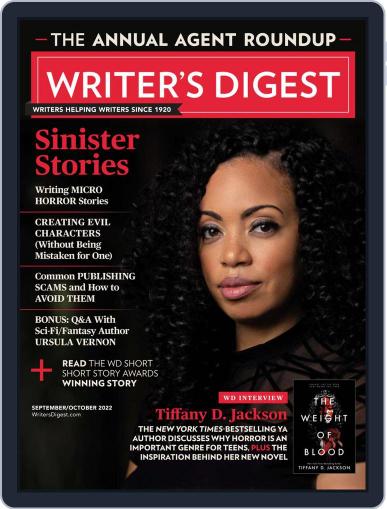 Writer’s Digest is an American magazine that is aimed at beginners, adept, and established writers alike. Publishing only eight times a year, the magazine also acts as a comprehensive source of writing instructions along with advice and insider tips. With Writer’s Digest magazine, readers can digest authoritative content taps into the vast work of art that is writing.

Brought into the industry in 1920, the magazine was initially called Successfully Writing. A year later, the magazine rebranded itself as “The Writer’s Digest.” By the end of the 1920s, the magazine expanded its niche and shifted its focus from literary-quality writing to a reputable pulp magazine. From the late 1890s until the 1950s, pulp magazines served as inexpensive and quick bite fictional stories published in magazine form. This idea was a derivative of “penny dreadfuls,” which were penny priced, classic fictional Victorian-era novels that defined literature such as Dracula, Frankenstein, Dr. Jackal & Hyde, and The Portrait of Dorian Gray. This Era came to an end in the 1950s, causing the magazine’s tone to shift once more. From the 1950s and onward, their primary focus became highlighting writers and the best up and coming storytellers. The magazine has since published works on the up and coming screenwriters, renowned authors, poets, and lyricists.

From inspiring prompts, practical techniques, and insightful interviews to instructional workshops, writing competitions, and professional services, Writer’s Digest helps writers of all genres, calibers, and formats develop their craft and hone their business skills at every stage of their career. Readers with a passion for writing can find a foothold and niche of writing within the laden pages of Writer’s Digest. A few notable mentions from the plethora of topics touched on include scriptwriting, writer’s block tips, prose 101, how to write engaging exposition, how to write a prologue, interviews with famous writers, analysis of great literary works and much more. All of this is topped off with the magazine exploring how writers are able to explore areas of freelance writing that combine reader’s passions and future careers.

What to Expect: Writer’s Digest + DiscountMags

With DiscountMags, writers can expect expert and practical writing tips at an affordable, discounted rate. Writing has long since served as a boundless frontier and breeding ground for provocative, new, and exciting ideas. Locking the tips and tricks that help embellish your world of writing behind an expensive paywall is a disservice to everyone. That is why you can expect the best internet prices of Writer’s Digest issues at affordable rates, unlocking a myriad of content that will help you on your way. Receive eight issues of Writer’s Digest through DiscountMags today!