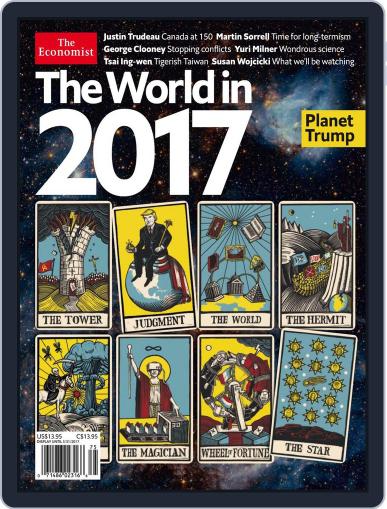 The World in 2017 app contains The Economist’s annual collection of detailed, numerate and opinionated predictions for the year ahead. The World in 2017 features leading figures from politics, business, finance, science, technology and the arts alongside prominent journalists from The Economist and other leading news publications.