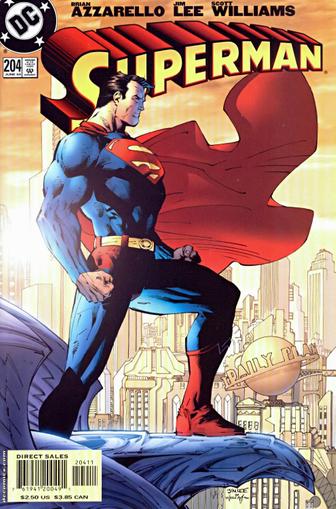 Follow the story of Clark Kent from the beginning as he masquerades as merely a newspaperman while really being the world’s strongest superhero. In each issue of your Superman comic you will learn more about the backstory of your favorite hero and the super villains that he battles regularly. Order your subscription to the Superman comic now!

Learn about the backstory of your favorite superhero who was sent to earth from the dying planet of his birth. Even though he came to earth as an infant, he still has the powers of his people from the planet Kryton. Born as Kal-El, he becomes Clark Kent when he is found and raised by a farming couple. After discovering his supernatural powers, the couple raised him with excellent moral powers as well. All of this inspired Clark Kent to become the hero of the Superman comic.

Superman is known for his superpowers. He has everything that an iconic superhero needs to succeed. He has strength, speed, flight, invulnerability, x-ray vision, as well as heat vision. As the most powerful being on earth, he is destined to protect all of those who are weaker than him. However, the powers are merely a reminder of how very different he is and how he isn’t from the planet earth. Follow Clark Kent as he pretends to fit into society while really cloaking his superpowers in the Superman comic.

The hero of the Superman comic is a universal icon both within and without his comic. He represents a myriad of things to different people, but is most often a symbol of hope. While technically an alien, he is just looking to help the planet on which he ended up living. He inspires all of the people of hear of him and will inspire you as well when you start reading the comic!

Follow Clark Kent as he fights the never-ending battle for truth and justice on the planet earth by subscribing to the discount Superman comic today!

Magazine covers are used for illustrative purposes only and you may not receive a copy of the particular issue depicted. Your subscription will include the most recent issue once your subscription begins. Magazine covers are the property of the publisher. This site is not officially affiliated with, associated with, or endorsed by Superman or the publisher.