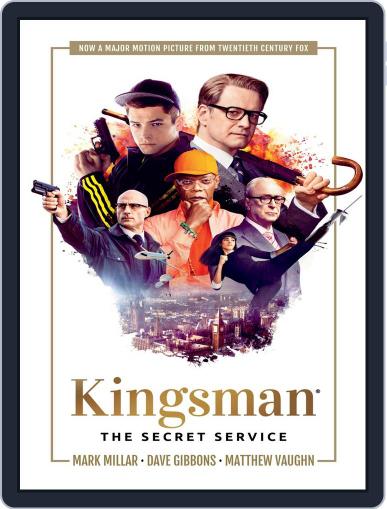 THE SECRET SERVICE: KINGSMAN is the critically acclaimed comic book series by Kick-Ass writer MARK MILLAR and Watchmen's DAVE GIBBONS. Now a Hollywood blockbuster starring Colin Firth and Taron Egerton, and directed by MATTHEW VAUGHN, KINGSMAN reinvents the spy genre for the 21st century. The story follows a British secret agent who takes his wayward nephew under his wing and trains him to become a gentleman spy. Together, they uncover a plot that links kidnapped celebrities with a plot to eradicate 90 percent of the human race! This 2017 edition comes with a limited edition FOX MOVIE COVER and a brand-new cover by DAVE GIBBONS, revealed in August. Collects THE SECRET SERVICE #1-6

Magazine covers are used for illustrative purposes only and you may not receive a copy of the particular issue depicted. Your subscription will include the most recent issue once your subscription begins. Magazine covers are the property of the publisher. This site is not officially affiliated with, associated with, or endorsed by Kingsman or the publisher.