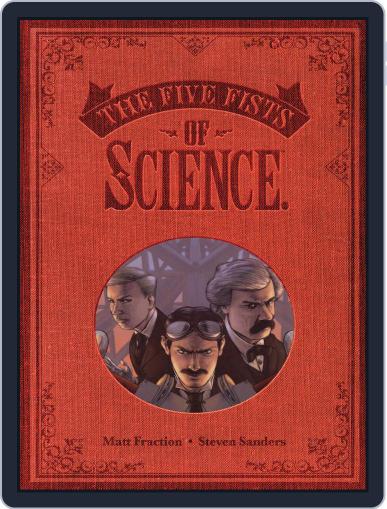 About Five Fists Of Science

116 pages! True story: in 1899, Mark Twain and Nikola Tesla decided to end war forever. With Twain's connections and Tesla's inventions, they went into business, selling world peace. So what happened? Only now can the tale be told-- in which Twain and Tesla collided with Edison and Morgan, an evil science cabal merging the Black Arts and the Industrial Age. Turn of the century New York City sets the stage for a titanic battle over the very fate of the mankind.

Magazine covers are used for illustrative purposes only and you may not receive a copy of the particular issue depicted. Your subscription will include the most recent issue once your subscription begins. Magazine covers are the property of the publisher. This site is not officially affiliated with, associated with, or endorsed by Five Fists Of Science or the publisher.