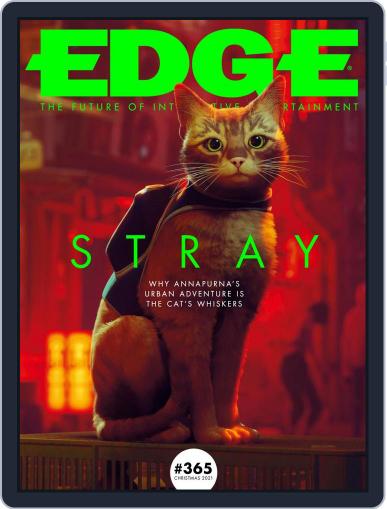 Edge magazine is the leading publication in videogame art, design, and gameplpay for gamers. Edge magazine also offers video game industry developers a chance to develop new UI designs, gameplay mechanics, and world-building in their next feature title. Being the primary resource for aspiring game-developers and committed gamers, the magazine has always provided the best in interactive entertainment. Identifying the latest critical developments of the next big triple-A title game, Edge magazine is renowned for its commitment to games and their millions of players. With trusty editorials, expert reviews on all of the hottest games, and unparalleled access to developer mindsets and gaming engine usage, Edge magazine has reliably reported on gaming news and updates for over 20 years.

The magazine was first published in 1993 by a long-time video game journalist, Steve Jarett. Since its inception, the magazine showcased custom artwork related to the next biggest triple-A title to hit the shelves within the coming months. As the years progressed, the magazine specifically curated artwork that led to three ultimate redesigns of the magazine’s look and feel. Since the early 90s, Edge magazine has taken exclusive, in-depth looks into how new and next-generation consoles could shift the scope of video game design, gameplay, user experience, and more.

With Edge magazine, readers are treated to the latest news and trends within the video game industry. Whether it is the latest controversies with micro-transactions or the next CD Projekt Red game, Edge magazine perfectly captures the hype that you feel for the future coming titles. Perfectly blending a style of visual arts, alpha gameplay footage screenshots, newest downloadable content pack release dates, and more, readers will find value in even the older editions of the magazine. With Edge, gamers looking for the latest news on the next generation of consoles also have much to look forward to. With regular editorials relating to next-gen console press releases, breakdowns, and updates, there is certainly no shortage of information in Edge Magazine.

Receive the latest news on the gaming industry, controversies, exciting releases, next-gen consoles, concept design on the newest triple-A titles, and much more with the best prices on the internet. Take issues of Edge magazine wherever you go and read at your leisure on your digital devices. Don’t miss out on the latest in gaming with DiscountMags and Edge magazine!

Magazine covers are used for illustrative purposes only and you may not receive a copy of the particular issue depicted. Your subscription will include the most recent issue once your subscription begins. Magazine covers are the property of the publisher. This site is not officially affiliated with, associated with, or endorsed by Edge or the publisher.