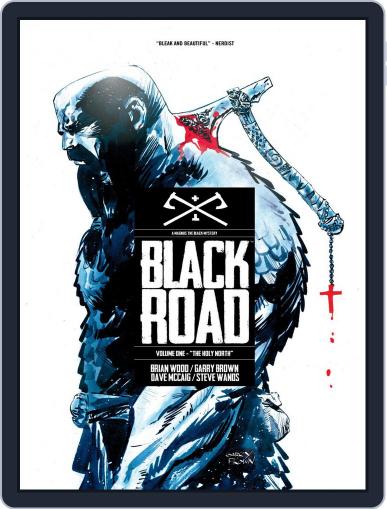 Meet Magnus the Black, neither clean nor sober, neither Christian nor Pagan, but a man true to his word. When a ranking official under his care is brutally murdered, he's prepared to hunt the killers to the frozen tip of Norway, religious war be damned. Northlanders creator BRIAN WOOD returns to the Viking genre along with artist GARRY BROWN (The Massive, Catwoman) and DAVE McCAIG (Batman, American Vampire) in this all-new series.

Magazine covers are used for illustrative purposes only and you may not receive a copy of the particular issue depicted. Your subscription will include the most recent issue once your subscription begins. Magazine covers are the property of the publisher. This site is not officially affiliated with, associated with, or endorsed by Black Road or the publisher.